2020: A Year Of Amazing Innovations 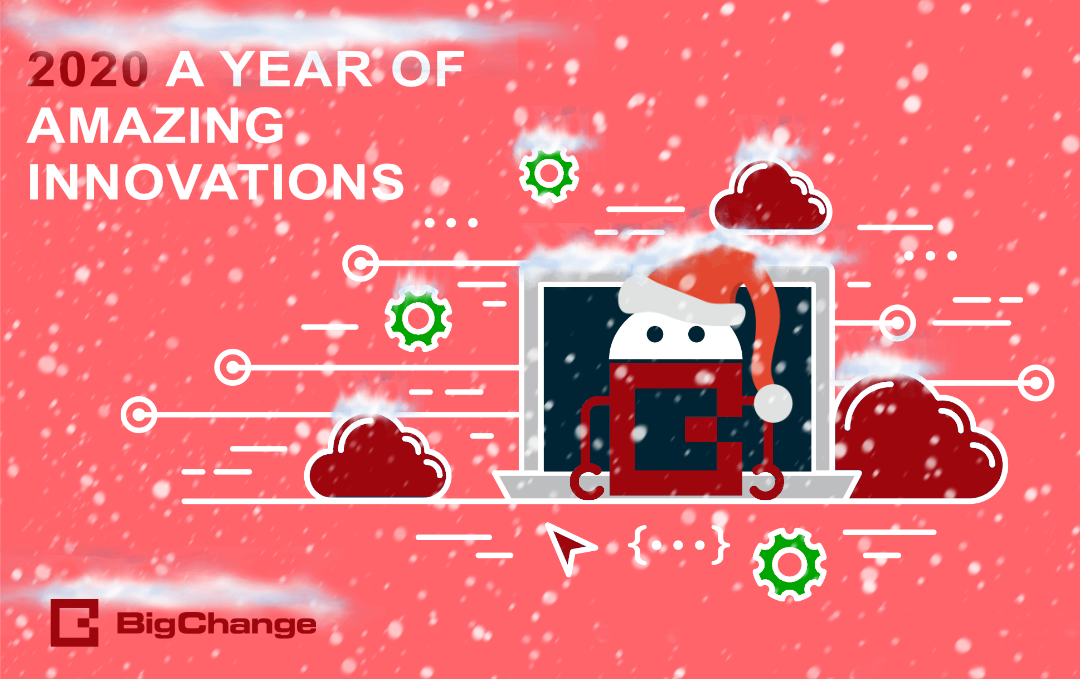 Tis the season to be jolly, however, it’s also the season where we often look back at all of the work we have done in the past 12 months.

At BigChange I am fortunate enough to work with a team of exceptionally talented people, without whom we wouldn’t have been able to build upon the success of our products to the extent that we have done this year.

2021 is going to be an exciting year, with lots of amazing features being worked on – however, for my final post of 2020 I’d like to pay tribute to and highlight some of the amazing things the Innovation team did this year.

Chad Games: Chad is responsible for the vast majority of our iOS development, and has been working tirelessly to reduce the functionality gap between both versions of our JobWatch Application. He has overseen 3 releases of iOS, with over 4,000 downloads this year alone!

Ed Goodwill: Ed has worked on delivering fantastic features for the mobile application, such as being able to view unallocated jobs and self-allocate. He was also the brain behind features such as favourite views, Blueprints, Contracts and ‘click to copy link to items’, features that are used, literally, thousands of times a week. In addition to that, he has supported testers, tech and provided excellent counsel to me personally – I couldn’t have got through this year without him.

Hugo Mathieu: Hugo was the developer who worked on amazing features such as Blueprints and the behind the scenes magic that makes our Word add-in work. Since its release, nearly 200 customers have created and used Blueprints. Also, Hugo worked tirelessly to bring us Okta SSO, a technology that is often viewed as mandatory by prospects in the corporate sector.

James Brown: James joined the Innovation team midway through Q1 and has proved to be indispensable working on several large projects this year, such as the ability to ‘View a File’ as part of a worksheet. But the most notable features James has produced this year are, of course, our two Microsoft add-ins. It’s release this year has seen over, 200 customers downloading and installing the Outlook add-in, which of course allows users to easily attach important emails to notes in CRM. 350 customers have downloaded the Word add-in which has revolutionised the way templates can be created.

Johan Kriouche: This year, Johan has been the lead developer behind our extensive contract enhancements part of our PPM package of work. Our ‘NoTouch Signature Capture’ feature that allowed our customers to continue to sign off a job even during the COVID-19 pandemic was only possible due to Johan’s work on the booking site, that was built, tested and released in record time. Our competitors still haven’t produced anything that matches this.

Johann Levy: In addition to providing guidance to the rest of the team on how to solve those technical challenges like no one else can, Johann has worked on and delivered many of those ‘quick wins’ which provide huge efficiencies such as Favourite Views and Recent Items. Favourite views has been used nearly 40,000 in the last month alone!

Joshua Levin: Is, of course, the team member who produces our AMAZING videos. This year Josh has produced over 40 feature-length videos and over 30 of our shorter ‘teaser’ videos. In total this year our videos have been watched over 13,000 times

Laurent Jacques: This year has been a great year for our mobile application, in particular Android with 4 releases taking place. In addition to working on the ‘No Touch Signature Capture’ feature for COVID-19, Laurent has been responsible for amazing features such as ’Timesheet Worksheets’, being able to access jobs in a group on the device, self-allocate unscheduled jobs, view file worksheet questions, and many, many more!

Ryan Bolton: This year Ryan has been the driving developer behind amazing features such as Linked Job Group Templates, Default Job Type Descriptions and Secondary Job Persons, all of which can (and are) being used in isolation, but also when combined with the contract work played a pivotal role in our PPM enhancements this year.