A New Outlook On CRM 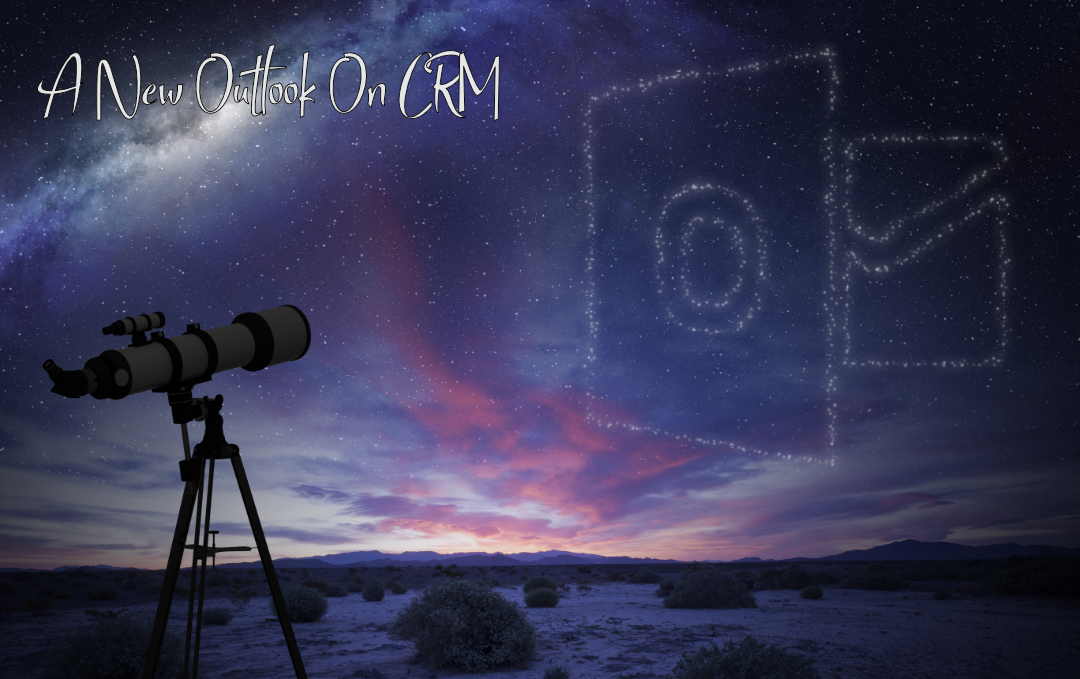 Everyone communicates by email. We no longer pick up the phones as often as we should and try as we might, it’s far easier at times to open up an email to ask a quick question rather than sending it via Slack or Microsoft Teams. Email is seen as a warm blanket of security, it acts a unified method of proof in that you asked someone something, sent them that file or that they agreed to a course of action.

If we didn’t use this form of communication, how would some amongst us get to use that passive-aggressive opening “as per my last email…”!

In this week’s blog, I write about the problem of email and CRM, and how with the help of our amazing developer, James Brown, we not only developed our first add-ins that sits in the Microsoft Store but gained Microsoft Gold Partnership status along the way.

There is no getting away from it, email for better or worse is here to stay and everyone receives hundreds (or thousands) of those little things daily. This makes finding the one you need that much harder. Saving every email in the thread automatically (which is the approach of Zendesk) does make things easier in that it’s now accessible to everyone who needs it, but what is given with one hand is quickly taken away by having to wade through each email to find the one you want.

If you have got this far, its a problem which you will no doubt resonate with. However, before I tell you our solution I’m going to whet your appetite a bit more.

This project that lasted nearly a year is one of the coolest things I’ve worked since joining BigChange. The other one is going to also be released later this month (all being well).

As on my previous posts, this isn’t a hard sell to join BigChange, the product and constant innovation speak for itself. It is a post to talk through the problems we needed to solve and show off our solution.

Our problem in need of solution (if it wasn’t already apparent), is how can you get your emails (and their attachments) into your CRM system.

Not just any email, but the important ones. The ones where approval was given to proceed with a job, the ones where you had information that you wish you knew where it was so that you could refer to it in a week’s time. The ones that you need at your fingertips, not the bits in between.

Our CRM system and use of ‘Notes’ are already amazing, with customers who use it wondering how they lived without it. Files can be attached, and our ‘dialogue’ feature allows you to ‘tag’ or ‘mention’ other users in it. These users instantly get an alert with a link to that note. Everything is documented and visible to all users of the system.

Without going into too much detail, you can have different types of notes (so one for customer relations, one for a to-do, one for a complaint), with each type having different workflows assigned to it, making it impossible for you to not capture the information you need.

We needed a method of getting the important emails (and their attachments) into this note, and better yet (if we could) create and edit notes direct from within Outlook.

Enter in James, and our Outlook add-in.

Our add-in once downloaded and installed from the Microsoft Store, appears in Outlook’s desktop client (both Mac and Windows) and can be activated on the emails you choose.

This gives you the ultimate control in what you attach. You could attach every email but we don’t recommend that for the reasons set out above.

The add-in brings you the functionality you would expect, you can mention/tag people within the ‘additional comments’, add due dates, change the status, and do so much more. If you want to create a new note rather than attach to an existing one, the popup displays the same interface as you are used to when creating one on the web.

When you import an email, a PDF render of the email is created, with that, and any attachments being automatically added to the note. Any ‘additional comments’ appear above the email preview making it easy to find and refer back to if you need to.

The add-in is smart enough to search your contacts for the email address of the sender, and identify whether or not a previous email of the thread has been imported already to return smart suggestions of which note to attach it to.

There is no learning curve, it’s beautifully designed, and the feedback we have received so far is that (to coin a phrase from Apple) “it’s intuitive and it just works”.

So the question you are probably all thinking, why couldn’t we make it available sooner?

Unfortunately, it’s my fault. Well only because I am an Apple fanboy, and I doubt I’m alone. I know I’m not, as Microsoft insists that functionality of any add-in that sits within their store works on both PC and Mac.

All very well and good, if only their API’s worked the same and were supported in equal measures. I won’t go into detail as to why there were challenges (purely because I don’t fully understand it myself), but it was something to do with the add-in and the information it displayed sitting on different subdomains (yeh me neither); it was happy on Windows, Microsoft wasn’t happy with it working on Mac.

Fast forward an almost complete cycle of the 5 stages of grief (denial, anger, bargaining, depression) we found our answer. The reason I say ‘almost complete’ is that we never got to the final stage.

James never accepted that it couldn’t be done. He didn’t own a Mac and hadn’t used one (to my knowledge) to any great extent previously, but he persevered.

I guess the lesson here is, never accept that you can’t do something, even if all the signs out there tell you that you are wrong. As long as someone other than yourself believes it’s possible and you aren’t mad, and you are working on something brilliant, keep at it a while longer.

Ok, so I’m aware that this has been a pretty long post, currently over 1000 words, and that’s not counting the ones I’ve just written.

For those who made it this far, you shall be rewarded, rewarded with not only a video but an insight in that the Outlook add-in will shortly be joined by a baby brother for Word, (hopefully) later this month.

If you would like any more information on BigChange details are below.
https://bigchange.com info@bigchange.com +44(0)113 457 1000