A Review Of The Kindle Oasis 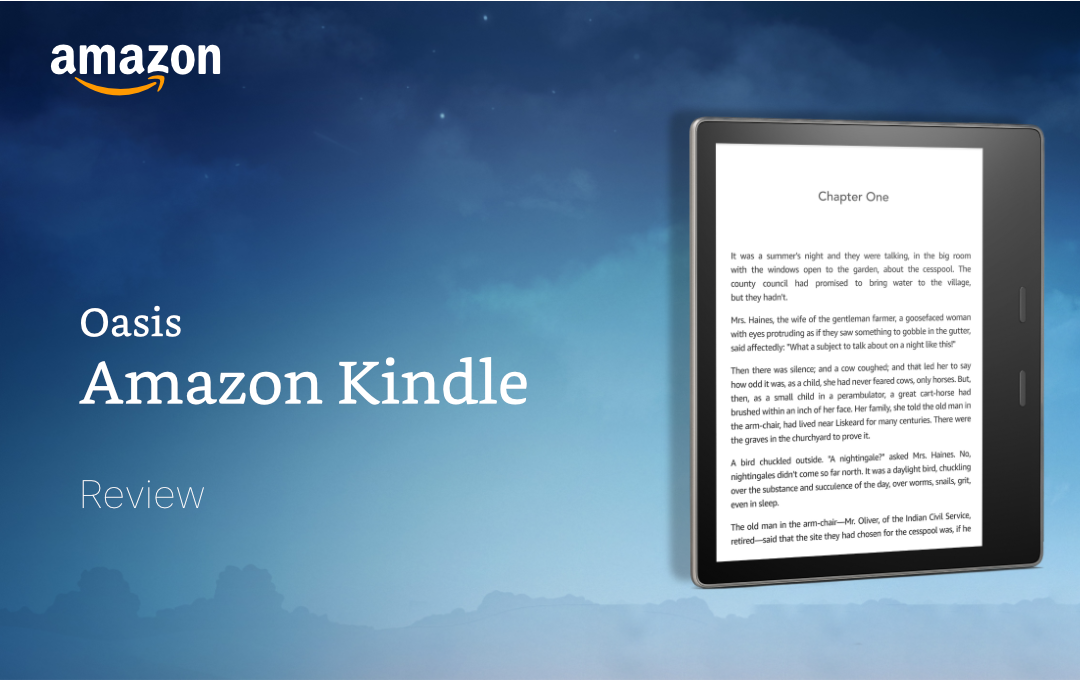 Amazon Prime Day is usually something I steer well clear of, as I can often be tempted by something which is ‘discounted’ and before you know it, I’m the proud owner of a set of trumpet cleaner brushes that I don’t need (as I don’t play!).

Who am I kidding, I might have been like that many years ago (if there was a Prime Day) back then, but in my more mature years, I stick to buying only things that I need in life.

So much so, when I bought my first Kindle at the start of 2019 (spurred on by a New Years’ resolution to read more), I bought the cheapest one available. Now I was tempted back then to buy the Oasis (which was being sold), but I suspected, this ‘reading thing’ might be a bit of a fad – and didn’t want to waste money on something that gathered dust.

To my surprise, I actually used it. We aren’t just talking about reading the odd book or two, in 2019 I read 20 books. That’s more than one a month and discovered some fantastic authors such as Steve Cavanagh (who is my favourite). So much so, that I’ve read every book he has written and already pre-ordered his next release in 2021.

Also, I’ve perhaps learned that in a lot of respects I dodged a bullet by reading ‘The Secret Barrister’.

It’s something which really took me by surprise in that a good book, really can be as entertaining as a TV program or film.

Not to mention, they are cheap – for around £5 you can have hours worth of entertainment!

In any event, why did I get a Kindle Oasis?

When I bought my first Kindle, I promised myself that if I continued reading, and enjoyed it, I would buy Amazon’s premium version, the Oasis as a treat.

The Oasis is usually £229.99, however on Prime Day it was £70 off, and have had it for around 24 hours can honestly say, whilst it’s a pleasure to read with, a huge improvement on my original, it wouldn’t be worth its original price.

Now, I know it’s got the biggest screen going of all the Kindles, it is of the highest resolution, it’s got backlit LED’s that can change to different temperatures (perfect for nighttime reading) and it’s waterproof – but for what it does, it is expensive.

By comparison, a Kindle Fire currently on sale for £89.99, gives a bigger screen, 4 times the amount of storage (which granted isn’t relevant as ebooks are tiny), a colour screen and the ability to download apps, to name but a few comparisons.

You can even read Kindle books on the Fire, so it’s main difference is that screen.

I struggle to see how the differences between those two types of Kindles justify more than double the price.

Based on the above, you might think that I regret my new purchase, however, you would be wrong.

It’s a great device, something I am sure I will make great use of for many years. It fits nicely in the hand, the display is crisp and the backlight really does make it feel as if you are reading off a real book.

The buttons on the side make it easier to turn the page, and it’s incredibly responsive, but at the end of the day, it’s just an e-reader.

It’s a beautiful device, however, if you’re thinking of getting one, please don’t pay full price, it simply isn’t worth it.

Instead wait for Prime Day, Black Friday, or any other Amazon sale when their own devices get discounted heavily, otherwise, you might just feel as if you have been mugged off.

If you want to see a video of me unboxing it, along with a case that I bought (link) simply click on it below.