The End Is Cummings – Or Is it? 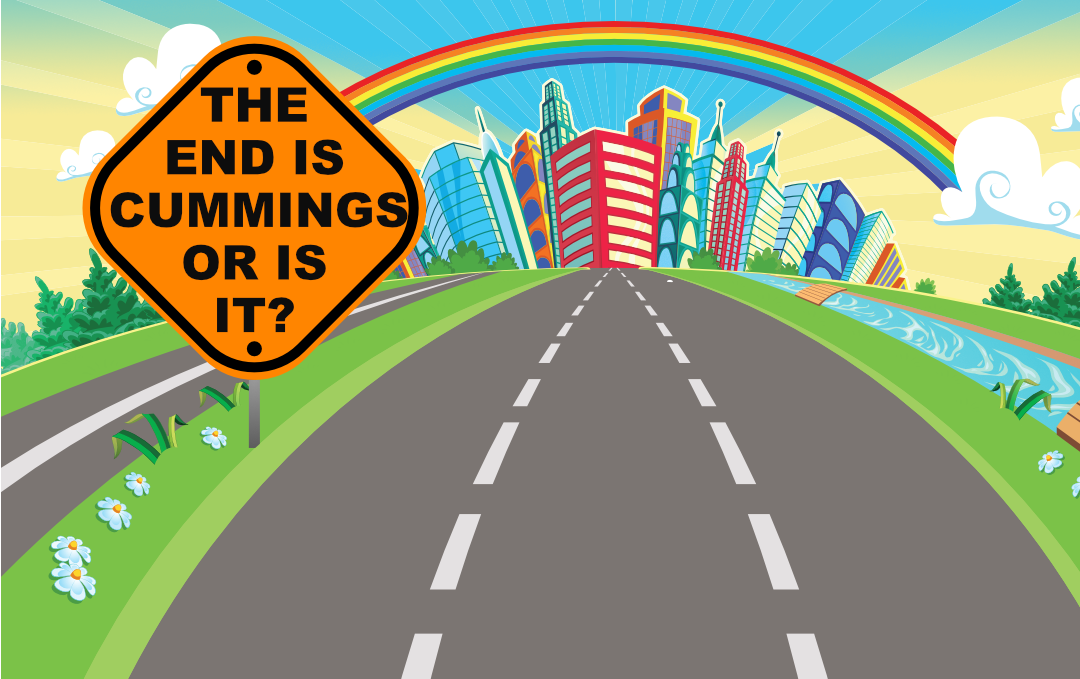 Whilst it’s safe to say I slept perfectly well last night, I very much doubt the same can be said for Dominic Cummings, Special Advisor to Boris Johnson as he closed his eyes on another day but this time thinking “does the whole of the UK hate me?”. The answer to this question is very much dependant as to whether you, who are reading this post believe that Mr Cummings did do wrong in driving up to a house in Durham in order to self-isolate with his in-laws, as he and his wife were showing symptoms of Coronavirus.

The tabloid and broadsheet newspapers today have been awash with people grinding their axe against Mr Cummings’s shortfalls with the statement made by the Prime Minister simply acting as the spark to this particular fire.

“In every respect, he has acted responsibly, legally and with integrity.”

In fairness, last nights press conference was a bit of a circus, questions were avoided more than usual and members of the press not given an opportunity to follow up on their questions. Robert Peston did ‘speak’ for the nation as he failed to hide his dismay during an unfortunate blunder.

Whilst I have no doubt that Dominic Cummings always acted in the best interest of his child, he may have acted responsibly and (even if you interpret the stay at home guidelines very liberally) may acted within the law, he should resign. Up and down the country people were deprived of their free movement, unable to hug their parents/grandparents, or say goodbye to loved ones. Those who did make that sacrifice for the good of the country are rightfully upset that they could have also put themselves first if they wish

But non of this really matters even if it were true and here is why. His job is to advise and protect the Prime Minister, even if that means sacrificing himself. Regardless of where you sit on the political scale, its very hard to argue that Dominic Cummings, who helped lead the ‘Lets Get Brexit Done’ election, and leadership battle for Boris didn’t do a good job, after all both these campaigns won quite comfortably. He clearly is an intelligent man, so much so that he must see that every moment he rightly or wrongly stays on, will hurt Boris and his ratings.

Personally, I think Dominic is clever enough to see this, and so the question therefore is why is this continuing?

A press conference has been scheduled for 16:00 today for Dominic Cummings to speak, something unheard of for an unelected politician to speak at Downing Street. It could go either way. The question is, has Dominic done his job, and managed to persuade Boris to let him go, for the good of his leadership, and for the good of the country?